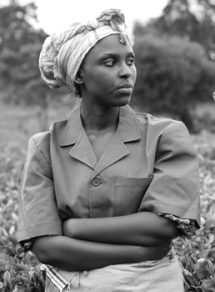 Stories of Our Lives

Stories of Our Lives began as an archive of testimonials from Kenyan persons who identify as gay, lesbian, bisexual, transgender, and intersex assembled by a small Nairobi-based multidisciplinary arts collective. So compelling were these stories that the ten-member association of artists, social workers and entrepreneurs was inspired to adapt some of them into short films. Working on a shoestring budget with one small video camera, two LED lights, a portable digital recorder, a shotgun mic, and relentless courage and enthusiasm, the cast and crew shot, edited, and mixed five shorts over eight months to create this remarkable anthology film.