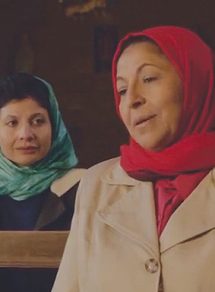 The central character is tourist guide Fadma, or “man and a half” – as she is known and appreciated by all in Marrakech Jemaa el Fna. She has raised her two sons alone after the death of her husband 25 years before. She takes great pride in the success of her elder son Ahmed, a prosperous businessman. Sensing a looming danger around him, she decides to visit him in France, although she is uneasy about leaving behind her youngest son, Karim, an irresponsible and wacky teenager who sponges off her. In France, she discovers her 14-year old granddaughter, Julie-Aïcha, whom she has not seen for 6 years – a girl whose double name and double identity clash. Between their strong personalities a funny relationship is woven. Fadma and Julie-Aïcha discover unsuspected talents and new passions that will change the course of their lives.