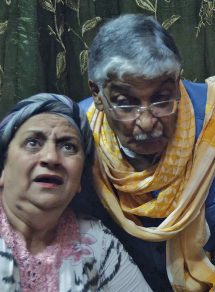 The Other One is Me

This is a film of “life is always better on the other side of the Mediterranean Sea”. Three men meet on a deserted beach where they’ve been shipwrecked. The two Algerians are heading to Europe, and a Frenchman, who’s decided to change his life by going in the opposite direction.
The resulting confusion, involving personality swaps and cosmetic surgery, sends them to the bottom of the abyss, as each finds themselves in another world, perceived as strangers. The film brings the difficulties of cross-cultural language and behavior into darkly hilarious relief as the characters descend to hell on earth through their misguided choices that were supposed to give them what they needed in life.