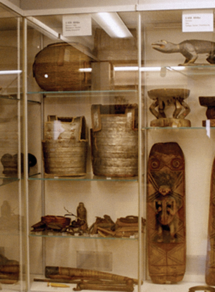 If Objects Could Speak

This short film explores the origins of a mysterious Kenyan object that has been found in the archives of a German museum. The only information about it is that it entered the museum in 1903;  none of those consulted have any idea of its provenance. Taking a digital art installation of the object with them to Kenya to show to the people, Elena and Saibatao follow a trail which illuminates not just the object’s origins, but the feelings of those interviewed about what it might be and the questions around colonial theft of cultural objects. All over Europe, artefacts like this are stored away from the possession and even the knowledge of their owners, and this documentary shows the time has come to restore them to their owners as honoured and respected objects of their culture.