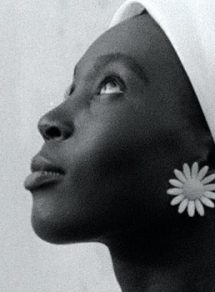 The first major work of Senegalese director Ousmane Sembéne, this 1966 film is widely recognised as one of the founding works of African cinema. What starts out as a deceptively simple story about a young Senegalese woman, Diouana, who works as a nanny, and whose hopes of an exciting life in France are dashed when her white employers expect her to work as their servant, transcends its premise to become an uncompromising and powerful portrait of the everlasting and tragic consequences of colonialism. Though it was not Sembéne’s first film, it was the film that brought him into the international spotlight as an important filmmaker, as well has heralding the emergence of an African cinema that was largely unknown.