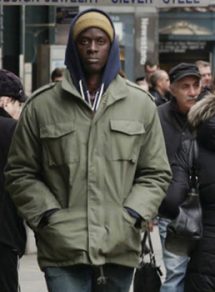 Under the Starry Sky

Between Turin, Dakar, and New York, Sophie, Abdoulaye and Thierno’s three destinies cross paths and echo one another, delineating a constellation of exile. Sophie, 24 years old, leaves Dakar to join her husband, Abdoulaye, in Turin. Meanwhile, Abdoulaye has already left for New York through a smuggler’s network. 19-year-old Thierno is travelling in Africa for the first time. With these three characters’ destinies, Under the Starry Sky takes us on a journey through the diversity of the cities the characters travel to, confronting us with the realities, hopes, and dreams of contemporary emigration.