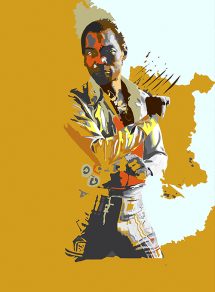 Unlike any previous narrative about the Nigerian musical genius Fela Kuti. Most often portrayed as an eccentric African pop idol of the ghetto, Fela is rarely presented as the strong political leader he was. Through the eyes of his friends, especially of this close friend and official biographer, the African-Cuban intellectual Carlos Moore, this documentary is devoted to unraveling the complexity of Fela’s life. As the story unfolds, it reveals the glories and
tragedies that shaped the lives of this pan-African generation as well as Fela’s own life.