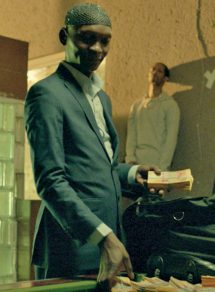 Computer whiz and prodigal son Zaid is on a quest for spiritual discovery. As an international aid worker, he lives as far away as possible from his father, Aziz Randera, a successful import-exporter, and occasional money launderer and loan shark. But when he is fired from his job in a refugee camp for ignoring the rules and actually doing good rather than shuffling papers, Zaid returns to South Africa and to Mayfair, an Indian Muslim enclave in Johannesburg, for the first time in years. Zaid is fighting to be a good man in an evil world, but the world is fighting back.